Download
v1.33. - Bug fixes. . v1.30. - Phone Genie is working again. All major bugs fixed. We sincerely apologize for the inconvenience caused.. - Replaced votes with fans and hits, based on changes made by GSMArena. . v1.22. - Bug fixes. . v1.13. - Bug fixes for loading issues reported by some users

GSM Arena needs no lengthy introduction. It is like the IMDb or Wikipedia of mobile phones. GSMArena.com maintains a detailed database of almost all phones and tablets (not restricted to GSM devices, despite the name) and is your number one source for specification or spec lookup on any mobile device. The biggest advantage of Phone Genie is that, it allows you to compare the features of 2 phones / tablets side by side, and decide which device is more suitable for you.

- Detailed specification of phones and tablets
- Compare 2 devices side by side
- Latest news from GSMArena
- List of latest devices added to GSMArena
- Share phone specification with your phone contacts, Facebook friends, Twitter followers etc...
- App2SD enabled (you can move the app to memory card)

Don't just do a web search on your phone and wander all over the results, hoping you will find the answer. With the help of GSMArena.com, Phone Genie has answers for all the above questions and more. Information on devices from all major manufacturers and carriers (mobile service providers) like Samsung, HTC, LG, Sony Ericsson, Motorola, Dell, Apple, O2, HP, Garmin-Asus, Gigabyte, Acer, Palm, Blackberry, Microsoft, Vodafone, T-Mobile, Sagem, Alcatel, Philips, Sharp, Toshiba, Huawei, Pantech, ZTE, iNQ, Micromax, BLU, Spice, Vertu and more are available at your fingertip.

Install Phone Genie today and never have doubts over another mobile device ever again.

Disclaimer:-
Phone Genie is in no way affiliated to GSMArena.com. We are fans of GSMArena who believe the site should be conveniently accessible from every single mobile device, regardless of it's screen size or resolution. This app is only the tip of this iceberg called GSMArena. Always visit www.gsmarena.com directly whenever you are on a PC, because Phone Genie shows only a portion of the website. There are still tons of awesome features available on the website that cannot be integrated to a small screen device. And when you finally decide to buy a phone, always check with the seller that the specifications of the phone match your expectations. 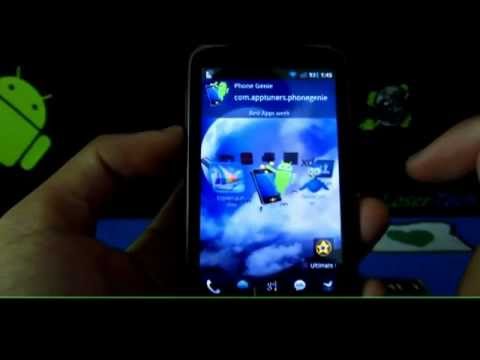 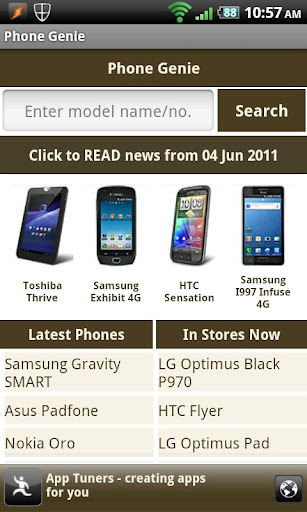 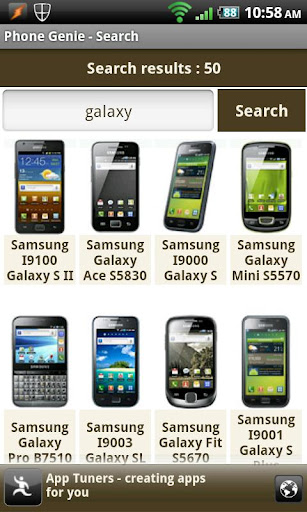 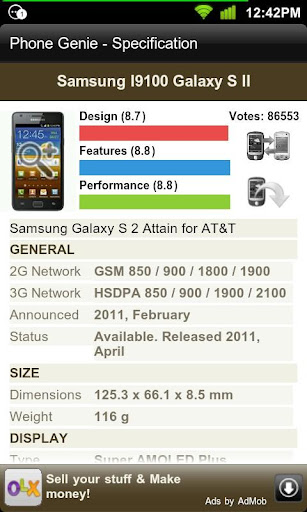 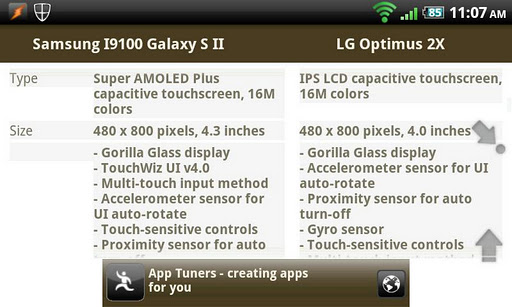 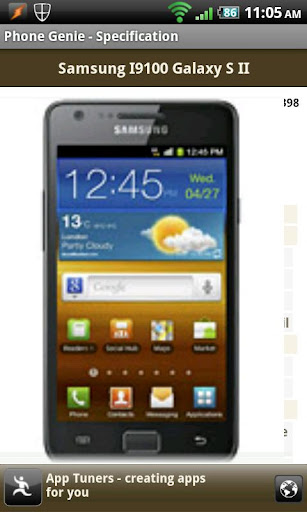 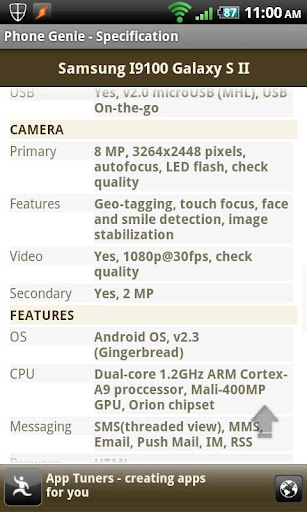 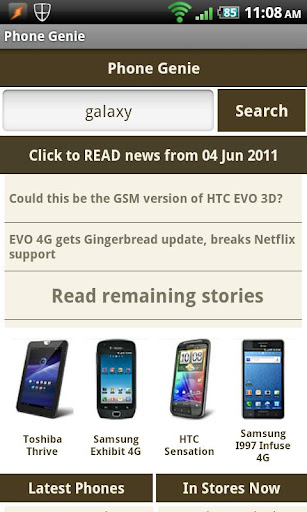 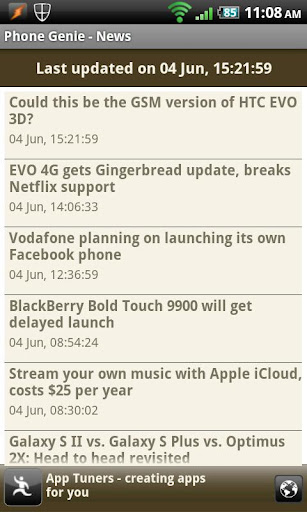